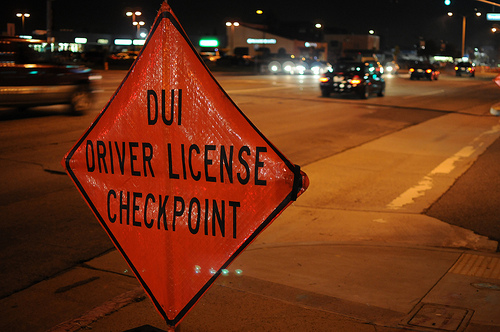 Memorial weekend is one of the biggest weekends for DUI checkpoints and DUI and Drunk Driving arrests in California. This year, San Diego County police departments arrested 129 people on the suspicion of driving while under the influence of alcohol (DUI’s). The arrests were made by 14 different San Diego County Law Enforcement agencies between Friday, May 27th, and Saturday, May 28th. Different police methods were used to apprehend the drunk drivers but the most effective method were the DUI checkpoints.

Checkpoints were held across the County in various cities including Escondido, Oceanside, Chula Vista, Coronado and several other cities in San Diego. One such DUI checkpoint was near the toll booth of Coronado Bridge. Here five people were arrested for suspicion of driving while under the influence of alcohol, one driver had a previous DUI conviction. Officers from Chula Vista, Coronado, and San Diego maned the checkpoint stopping at least 750 vehicles. Twelve vehicles were impounded because drivers did not have a valid drivers license.

The California Highway Patrol did not conduct any DUI checkpoints but still had 51 arrests of suspected drunk drivers. These arrests all happened in a twelve hour period between 6 p.m. Saturday, May 28th, and 6 a.m. Sunday, May 29th. This number has increased by 25 since Memorial weekend last year.

Fortunately none of the traffic collisions in the county from 6 p.m. Friday, May 27th, to 6 a.m. Sunday, May 29th, resulted in deaths. This could be due to the total number of suspected drunk drivers decreasing by about 150 from last year. On Memorial weekend 2010, police arrested 1,029 people statewide for suspicion of driving while under the influence of alcohol. However, this year only 897 people were arrested for suspected DUI’s.