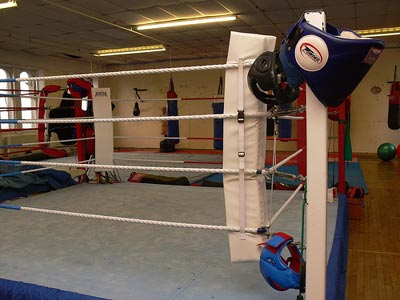 On Thursday, April 15th, a 49 year old boxing trainer was charged with the murder of a fellow coach, and attempted murder of a young boxer as well as injuring another. The defendant, Mark Anthony Diaz, plead not guilty to all the chargers including the killing of 52 year old Hector Gil, another coach at the boxing facility. Mr. Diaz faces 84 years to life in prison and his bail was set at TEN million dollars. The reasoning behind the high bail was due to evidence presented to Judge Hocket at the Vista Superior Court which included a death threat message from Mr. Diaz to Hector.

Evidence in the case suggest that Diaz was jealous and envious that Hector was taking his clients, especially those with potential, like Ricky Gutierrez a 21 year old boxer who fought his first professional match this year. This along with many other events present a strong case against Mark Diaz and his short temperament. One thing we have to look at before we make judgments is the evidence and its validity, did Mark Diaz really murder Hector Gil, and for what reasons.