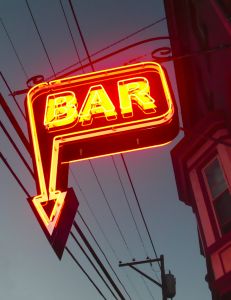 Professional football player Aldon Smith of the San Fransisco 49er’s was arrested on January 28th for suspicion of driving under the influence of alcohol. The police report states that Smith was spotted swerving on the MacArthur Causeway in Miami Beach, Florida and was pulled over a little after 4:30 am. After failing a field sobriety test that checked his blood alcohol level (BAC), Smith was taken to a correctional facility where he spent the next 3 1/2 hours following his arrest. Information on whether the athlete was represented by an attorney during this time has not been released. Authorities released Smith once he posted the 1,000 bond for bail.

Aldon Smith was drafted to the 49er’s in 2011 as the seventh overall draft pick. With 14 quarterback sacks in his first year in the NFL, Smith not only set a franchise record for a rookie linebacker but also ranked first among all NFL rookies in sacks. Unfortunately, this success is being followed by a DUI arrest and much negative attention as Smith faces the heat of unwanted media pressure and a knock to his star reputation. Also something to consider is how this might affect prospective endorsement deals and/or his salary for the coming NFL season.

In an attempt to put a handle on the situation, the 49er’s released a statement later on the day of Smith’s arrest stating, “We take these issues very seriously but will reserve further comment at this time. The 49er’s will continue to gather facts and monitor the developments closely.” 49er’s head coach Jim Harbaugh was aware and informed of the arrest as well. After dealing with his own DUI in 2005, I am sure Coach Harbaugh will be having a talk with his young star.

At the end of the day, people make mistakes and this goes to show that even some of the most idolized and successful of them are capable of a mistake now and then. All we can hope is that Smith takes this as a learning experience to grow from and doesn’t make the same mistake again! At this time, Smith’s next move is to hire an attorney to represent him against DUI court penalties.

Remember, it is always better to abstain from driving after consuming alcohol, but if you or anyone you know ever finds yourself facing DUI charges, my law firm has years of experience handling these types of cases and can offer you the knowledge and support you need to address your case in the best possible manner.