In Carlsbad a fourteen year old was taken to a hospital after he fell and injured his head. How did he fall? Well he was shot with a Taser gun by a California Highway Patrol officers during a dui investigation. In the early morning around 1:20a.m. CHP officers stopped a 2000 Toyota Corolla on Carlsbad Blvd. near Tamarack Ave. for suspected dui when the driver and passenger took off running.

The CHP officers shot the driver with a Taser gun near the stairs at Tamarack Beach and he fell and hit his head. The teen was later transported to Tri-city Medical Center for his injures. During the investigation, the officers learned that the car had been stolen earlier from Vista and also located alcohol and drugs in the car. 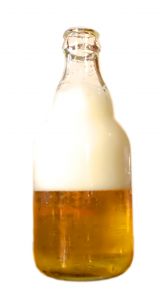 Officers also learned that the teenager was an at risk runaway. When the teen is released from the hospital he will be arrested and most likely be charged as a juvenile for auto theft, dui, and evading arrest when he ran after the traffic stop. This teenager will need an experienced juvenile and dui criminal lawyer to help him and his family through these tough days ahead. The passenger was not apprehended.

What’s also interesting about this case is the CHP’s comment about the use of a Taser gun in these situations. “The Tasers, the stick, the pepper spray -it’s meant to incapacitate someone so they don’t hurt themselves, hurt us or get away. It may seem extreme, but it’s what we deal with every day.” However, at the time the CHP officer tased the teen, he had only been stopped for a vehicle infraction and the officer didn’t know at that time the car had been stolen. So is it CHP’s policy to tase every driver if they flee from a traffic stop? More to come on this one.