Murder conviction without a body? Yes! Joaquin Murrieta Martinez,age 32, was found guilty in the murder and dismemberment of Janina Hardoy, age 24, in her Oceanside home. Mr. Martinez a known gang member testified that he did not kill Ms.Hardoy but he did contribute to the dismemberment of her hands and feet, after she was dead. 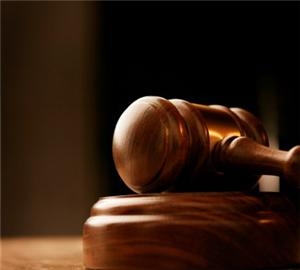 Janina Hardoy moved to Oceanside in late 2004 after living in Northern California. A few months later in early February 2005 she was murdered. Only her dismembered hands and feet were found. The location of her body is still unknown even after a four day search. Law enforcement has speculated that the body is somewhere in the Santee Landfill. Police investigators are still unsure about the cause of death as they have been unable to examine the body.

Deputy District Attorney Geoff Allard told the jury that Martinez had killed Janina Hardoy during February 2005 because she had threatened to tell the police that Mr. Martinez and fellow gang members had robbed a series of banks from Bonsall, San Marcos, Carlsbad and Encinitas. Martinez and others were arrested and sentenced to prison for these robberies. Mr. Allard also stated that her body was most likely dumped in a garbage bin behind an Escondido doughnut shop, and then later picked up by trash truck and dumped into the landfill.

A witness testified that Ms. Hardoy and Mr. Martinez had a ‘stormy’ romantic relationship, and that because of this her house which she used to house drifters and homeless persons began to be filled with drug users and ex-cons. The witnessed also stated that once Crystal Meth was introduced the home went from a positive vibe to a very chaotic.

Ms. Hardoy’s father and stepmother were sickened with the murder of their daughter and the way Mr. Martinez was able to speak about it so calmly. Katy Hardoy, Janina Hardoy’s stepmother, stated “the callousness in the way he spoke about the act, it showed he had no soul”. Obviously, the jury did not believe Mr. Martinexz’s account of the events as they found him guilty of murder. This case will be appealed and the appellate courts will have to decide whether the murder conviction can stand!

You can find the whole story here:
OCEANSIDE: Man guilty of murdering woman he later dismembered, North County Times May 11, 2010