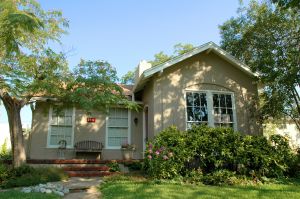 San Diego developer James Delbert McConville and five other associates consisting of, a licensed real estate agent, a banker,and an escrow officer of a title company, were accused of conspiracy to commit wire and mail fraud. As of now, Mr. McConville’s location is still unknown and only one of the defendants has appeared in court. The scheme left hundreds of condominiums around the country in foreclosures many of these in Escondido and San Marcos in North County San Diego. Federal Prosecutors are refusing to release the address of the effected condominiums and possible developments they could reside in.

In this criminal scam buyers paid as much as ten thousand dollars to gain access to personal information of people who had good credit, so Mr. McConville could buy condos. The applications for loans that were needed to purchase the condo’s contained the false information of the buyers. Mr.McConville used the money he gained from the false loans to be split up between corporations. Interestingly, he also spent the money on fine pieces of art and purchasing rare comic books.

These six people face as much as 30 years of prison for each charge of conspiracy and fraud. The question is why! Is it in these difficult economic times people make poor choices concerning their financial welfare? Or is it greed that keep these people going above and beyond what they need to live? The fact finding process of the criminal judicial will bear these answers!

You can read more of the Artile here: REGION: Developer, others indicted in condo loan scheme
North County Times May 19, 2010