Arson is punished harshly in California. One reason for this is because arson is capable of creating state-declared emergencies. This is especially the case in a span of drought-ridden years when even a small spark can spiral into out-of-control blazes, endangering both the state’s natural resources and the lives of firefighters who bear the responsibility of combating wildfires. If you have been charged with arson in the state of California, you need a skilled and experienced criminal defense attorney to protect your legal rights and mount the strongest possible defense against the state’s efforts to convict you. The purpose of this article is to explain the crime of arson and punishments for conviction.

There are Two Arson Laws in the State of California

In California, there are two laws against arson. The reason for this is the belief that different mental states contributing to the commission of a crime deserve different levels of punishment. Sometimes, when a crime is committed, a person specifically intends to commit the crime. Other times, however, a crime is committed as the result of recklessness or carelessness.

END_OF_DOCUMENT_TOKEN_TO_BE_REPLACED

Criminal arson charges are a serious matter in the state of California. If you have been charged with arson, it is important that you contact an experienced California criminal defense attorney as soon as possible. The state’s prosecutor will be working to prove every element of the charges against you, and, depending on the specific charges, a lengthy prison term will result from conviction. The purpose of this article is to explain the elements of a criminal arson charge in the state of California.

The laws that define arson in the state of California are PC 451 and PC 452. These laws make it a crime to set fire to any building, forest, land, or property, whether recklessly or with a willful and malicious intent. The latter part of the legal definition of arson requires some explaining.  Recklessness, in the eyes of the law, deserves less culpability than willfulness and maliciousness. In other words, reckless behavior is not necessarily intentional behavior; it may simply involve poor judgment or overly risky behavior.

END_OF_DOCUMENT_TOKEN_TO_BE_REPLACED

A strange and chilling sentence to a murder occurred just two days ago, a case involving immense amounts of cruelty and insanity. Anthony Estrada, a 44 year-old resident in a home on Huron Avenue, brutally murdered his girlfriend of 14 years while simultaneously attempting to trap her two daughters in their rooms. Estrada stabbed his girlfriend, 46 year-old Margaret Pappas, in the chest and then in the head – over and over again. He then covered her corpse with a pile of laundry and lit it on fire, burning the room and her body. Estrada lit three fires in the house and left the premises, but before doing so he placed chairs in front of Pappas’ daughters rooms; luckily, they escaped the flaming, burning house safely. After Estrada exited the house, he walked to Clairemont High School, asking school administrators if they were police officers – obviously exhibiting odd behavior and perception. He stood there in front of them and stated “I just killed my girlfriend…I’m tired of running.” He was then taken into custody, and recently pleaded guilty to second degree murder and arson. He was sentenced to 21 years to life in prison, just two days ago on June 4, 2014; the crime occurred on February 6, 2012.

One of the daughters, Brenda Gould, told a tale of bizarre acts Estrada had begun to show in the weeks before the murder. He insisted people were watching him, showing signs of extreme paranoia. She attempted to take him to a nearby hospital to be treated, but he refused. The daughters were present in the courtroom where the sentencing commenced, but even though he was sentenced to a long stint in prison, they still feel betrayed in their hearts.

END_OF_DOCUMENT_TOKEN_TO_BE_REPLACED 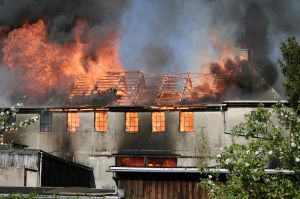 To read more about the article visit this link:

END_OF_DOCUMENT_TOKEN_TO_BE_REPLACED

Struggling Ramona businessman, James A. Kurtenbach, is being prosecuted for murder and arson charges. Mr. Kurtenbach, 48, is accused of arranging his house to be burned down by one of his employees, Joseph Nesheiwat, who died in an explosion while burning down the rental home on Mount Woodson drive. Mr. Kurtenbach has plead not guilty to all charges.

San Diego County prosecutors allege Mr. Kurtenbach’s motive for burning down this home was do to financial troubles stemming from back property and other taxes on homes he owned. The home was insured for about $900,000 had he collected the insurance proceeds. He allegedly has overdue $39,543.21 in property taxes from 2006 on this home and $16,000 on another home in Poway in addition to $3 million dollars in unpaid sales taxes generated by his gas station business.

Trial is scheduled for January 12, 2010 at the El Cajon Courthouse. Witnesses are expected to testify that Mr. Kurtenbach made occasional statements about burning down the house. He is currently out on a $2 million dollar bond.