Apple Inc. has decided that it will reject any new iPhone applications that have the intention of helping “drunk drivers” to avoid DUI checkpoints. This decision was made after receiving pressure from four U.S. senators. Senators Harry Reid, Charles Schumer, Frank Lautenberg and Tom Udall began urging Apple, Google and Blackberry to remove such applications from their respective 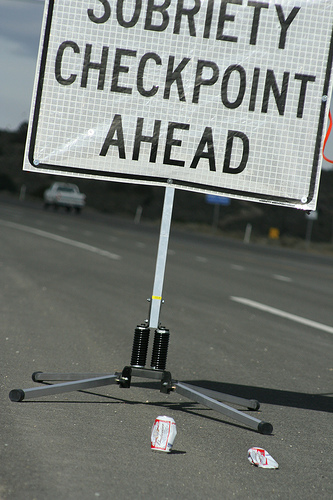 stores and prevent any new applications from being created and published. Arguing that these applications were helping drunk drivers avoid DUI checkpoints making the road a more dangerous place.

Blackberry developers, a Canadian based firm, agreed to comply in March, when senators first started their campaign. Apple and Google both initially refused. But after several months Apple has decided to update their App store policy to include that no iPhone application can provide the location of any DUI checkpoint to the user.

Wow! Government at it again over controlling our lives! What about all the people who are not driving under the influence but want to avoid a DUI checkpoint for numerous reasons including to save time or to not have some police officer invade their liberty? I am surprised that Apple gave in to such government control. It reminds me of the political quote that “the 5th Amendment only protects the guilty.” How soon we forget! It wasn’t that long ago when government officials could and would kick your door in and interrogate….I need not say more!